Scholastica Teresa*: I finally know the feeling of home ownership 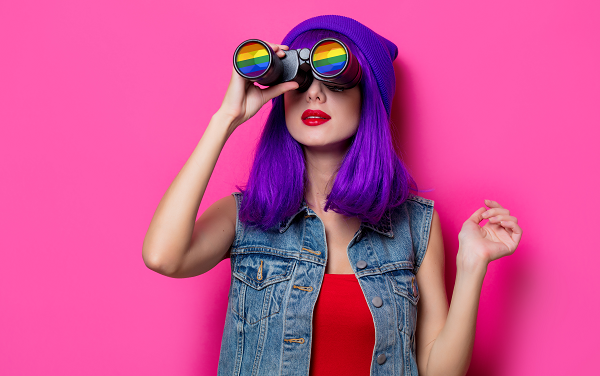 Read about Scholastica Teresa* below.

Trigger warning: This story contains information about suicide and self-harm

In my late forties, I gave up on owning a home.

My life up until then hadn’t been easy. I am transgender and I’ve lived with profound gender identity issues my entire life. I’d describe it as nothing short of a war in my mind that’s left me with psychological battle scars to tend to for the rest of my life.

I was adopted as a baby in 1968 by my caring mum and dad, who also adopted my sister—not a blood relative of mine—two years later. After my parents got married in 1952, they had trouble conceiving and were told they weren’t a good “chemical match”. IVF didn’t exist in those days so they chose to adopt.

Although I had a good enough relationship with my adoptive parents, my relationship with my sister was turbulent. She would constantly bully me, wind me up, and push me to a state of mental health crisis. Unfortunately her behaviour went largely ignored and, coupled with the mental anguish I was experiencing at the time with my gender identity and the bullying and negligence at school, I made my first suicide attempt at 16 years of age.

As the stormy years went by, I was diagnosed with epilepsy, suffered from undiagnosed asthma, lived with associative identity disorder (which was a nightmare!), and dealt with addiction issues. Looking back I can see that issues with ADHD began when I was a child. To say my life was an uphill struggle is an understatement.

Despite all this, I still found love (as a male), got married and welcomed my sacred blessing of a son into the world in 1994. I completed a degree in theology, as well as a Trade Certificate in Automotive Mechanics, which I was extremely proud of, particularly given my ADHD.

After my marriage broke down, I found myself living back at home with my parents. During this time, I started developing more trust in myself and who I am. I discovered my faith in Christianity, which helped me through the process of accepting that, spiritually, I’ve always been female.

It wasn’t an easy road but deciding to transition to my true female self in October 2010 was the best decision I’ve ever made. Colour came alive to me. I had so many colour options with clothes and hair extensions, and I could wear pink, purple, or even blue. People were saying, “whatever you’re doing, don’t stop. It’s working!”. I’d heard that when you decide to live as your inner gender identity, you blossom as a person and come out of your shell. This was definitely the case with me. Even though it’s still hard sometimes, I now understand that, before my decision, I was merely existing instead of living.

I was heartbroken when my parents passed away within a year of each other in 2018 and 2019—my father of metastatic melanoma and my mother of colingonitis (sic) and developing dementia. My sister was the executor of their will, and she went out of her way to make my life extremely difficult. She forced me out of our family home so she could sell it.

I had nowhere to go and, when a vacant tenancy with Havelock Housing came up, it was a godsend. I knew I would only be there temporarily until the estate was settled and I could get my own house. But for six months, that home was my refuge and gave me a break from my sister’s toxic presence.

The estate finally settled, allowing me to buy my own home outright and, in July this year, I moved in. At 52 years old, I finally know the feeling of home ownership. I’m grateful to my mum and dad for this gift, and I’ll honour them by being wise with my inheritance. Eventually, this will be my son’s home and I feel blessed that he won’t have to struggle to own a home.

I want to reach out and help other transgender people who are struggling with their gender identity. Hard as it is, getting support and coming to terms with their identity is so important and takes vigilance.

Life can still be challenging. I still encounter stigma, prejudice and discrimination, plus I’m unable to work. However, I now know more about myself. I’m learning about my pain and where it’s coming from. I’m choosing what to take on, what to let go of, and learning to deal with the rest of it.

If you’re experiencing crisis, or are concerned about someone you know, Lifeline is available to help 24/7 on 13 11 14.

* At Havelock Housing, we respect everyone who comes to us for help – and many are working toward a fresh start in life. So while their stories are true, names and images may have been changed to protect their privacy.