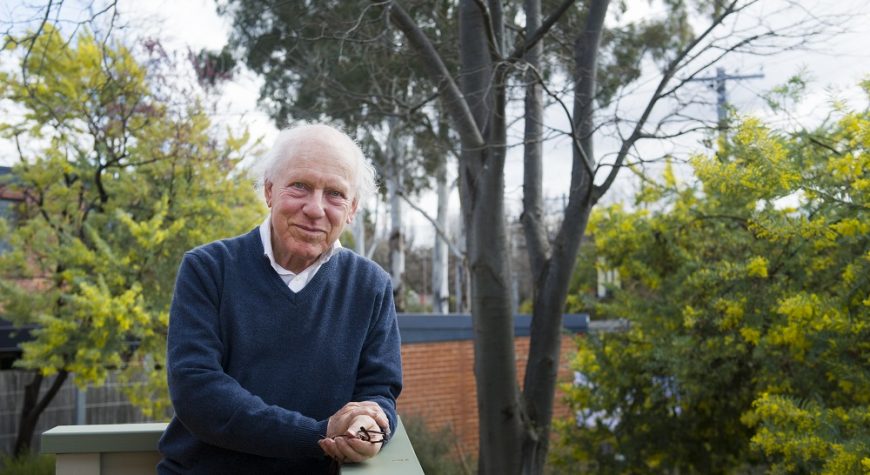 Havelock House was my first home in Australia. I lived there for just over a year from January 1965 after migrating from Sweden and becoming a lecturer in philosophy at the Australian National University.

Canberra was very different back then. Coming from Sweden, I experienced various culture shocks when I arrived in Australia’s bush capital. At Canberra airport, the ‘sticky’ Australian flies were my first surprise and it didn’t end there.

In the taxi from the airport to Hotel Civic, where I stayed the first night, I looked around and couldn’t see any of the tell-tale indications of a capital city. There was one high-rise building, no traffic jams, and hardly a pedestrian in sight. So it was natural to ask reception how I could find my way to the city centre. The receptionist explained that we were actually in the city centre. Thinking that she must have misunderstood my English, I repeated my question in French—after all, this was a major hotel. She looked very puzzled indeed. Eventually, I realised to my slightly horrified amazement that this was it.

I had a choice between living at University House or Havelock House, and I preferred the latter. It was less costly, and I wanted to economise so that I could pay off my Swedish Government student loan more quickly.

At the time, residents at Havelock House were mostly public servants. There were also a number of engineers from England who were posted there, most of them with their wives, and a few academics like myself.

I remember one ball, hosted in great style, at Havelock House. However, I didn’t do much socialising in those days as I was totally absorbed with trying to keep my head above water with the lecturing workload. But a few other occasions, surprising or intriguing for an outsider like me, spring to mind.

I used to tinkle a little on the piano in the music room. Here, I met the wife of one of the engineers; she and her husband had come from a 1½-year assignment in Rome. I asked her if she had learned any Italian during that time, to which she scoffed “why on earth would I bother to learn another language!”. Her piano playing was a bit rough too.

I became more friendly with another resident, an English woman working as a secretary and part-time student of philosophy. She wanted to talk about philosophy and music, and I badly needed conversation in English, so there was mutual benefit. Although there was no romance, our friendship continued over the years.

Every now and then, residents would crowd into one of the rooms to sing folk songs. It was all spontaneous, somebody would grab a guitar and break into song, and people from the other rooms would trickle in and join until there was a crowd. It was very pleasant and brought us together. I don’t know whether people do that sort of thing anymore but I really enjoyed it and participated more than once.

Most importantly though, I was greatly impressed by the hospitable and friendly nature of Canberrans and, more broadly, Australians. Sweden, at least in those times, was the very opposite to that. This was my main reason for staying in Australia.

My days at Havelock House are long behind me now, but it’s nice to reflect on them every now and then. I stayed at the ANU and after retirement have had a visiting status, reading, and writing, though no more teaching.