George – a big heart and even bigger dreams | Havelock Housing

Home > Blog > George – a big heart and even bigger dreams

George – a big heart and even bigger dreams 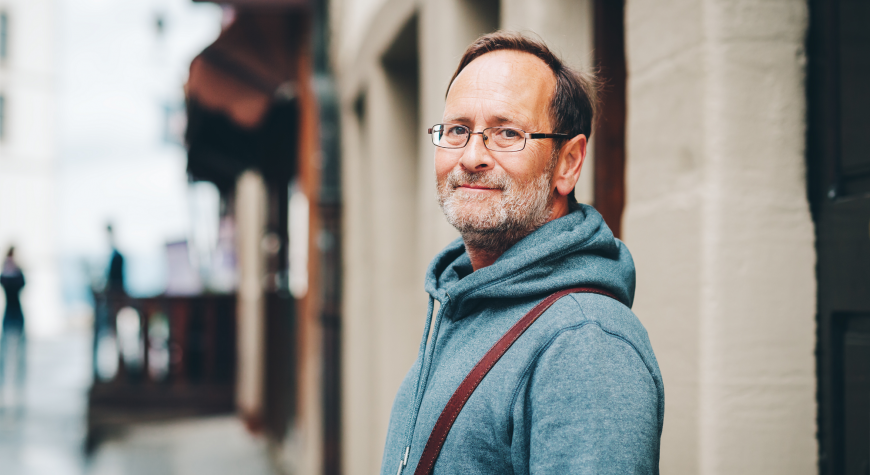 Read about George* below.

The first time I set foot in Canberra was in the winter of 1983. I was a bass guitarist with a band and we were playing at a wedding. I remember walking outside that night and feeling like I’d stumbled on the most beautiful sight. The sky was clear, the moon was full and there was a sparkling layer of ice on everything as far as I could see. I loved it and I knew at that moment I wanted to come back.

I’m 61 now and I’ve lived in Canberra for just over 35 years with my seaside childhood in Port Phillip Bay a distant memory. I managed to permanently move here with a new band a few months after that night. We played our first gig at the Old Canberra Inn and got ourselves a little instant following that night. For five years on and off, we played around Australia (mostly rock and roll covers) travelling to Darwin, Queensland, Perth and other places. During that time I became a father to an easy-going son and step daughter, who have since flown the coop and had their own families.

Around 6 years ago, everything got turned on its head. I was living in Mawson and my landlord gave me six weeks to leave so he could sell the house. I had nowhere to go and didn’t have a lot of savings. I packed my things in some boxes and managed to get them into storage – some of the boxes are still there to this day. I couch surfed for a few months at friends’ places and even lived at The Avenue in Braddon for a while but that was too expensive.

Constantly being on the move and not having a place of your own to settle, that lack of security, can really play on your mind. I just kept asking myself ‘what do I do next?’.

A friend of mine was living at Havelock House and got me to apply for a room. I was lucky to slip straight in and have lived here for five years now. Having that security and that feeling of being settled is so important to me and I get that here.

Right now, in the short-term, I’m focusing on keeping a roof over my head and staying as healthy as I can manage during the coronavirus. The staff at Havelock Housing have started up stretch classes which I love because it just helps me recentre my energy. They’ve also got a food pantry going which I think is going to be really good for some of the others here.

Longer-term, I have big goals.

I’ve done some work in media, like at Channel 7 in Melbourne and Channel 10 here in Canberra, and I’ve been part of news teams and I find the tight deadlines exciting and fun. I’m also trying to use the coronavirus downtime wisely by doing some independent learning and upgrading my skills in digital media before CIT kicks off again, where I was studying Screen and Media before the pandemic interrupted.

I now want to use these skills to launch my own production company and help employees by sharing the company’s profits with them. I want to produce films that achieve a similar purpose to the Venus Project and the Zeitgeist Movement, which highlight some of the problems with our society right now and offer possible solutions.

When I leave Havelock Housing with enough cash in savings, this would be my big dream. I honestly believe that even if goals might sound unattainable, it doesn’t mean you can’t try.

* At Havelock Housing, we respect everyone who comes to us for help – and many are working toward a fresh start in life. So while their stories are true, names and images may have been changed to protect their privacy.